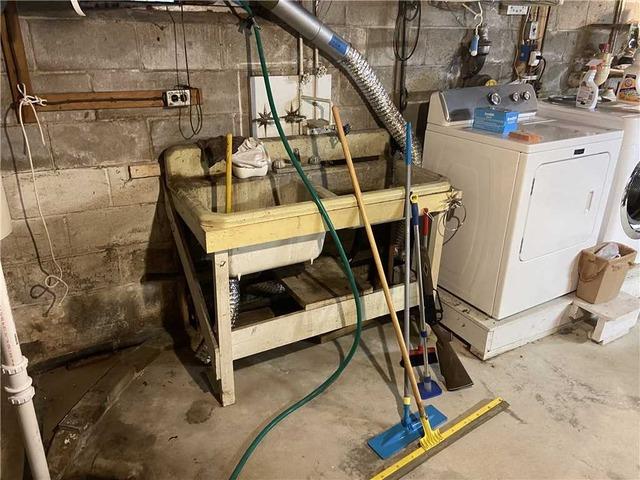 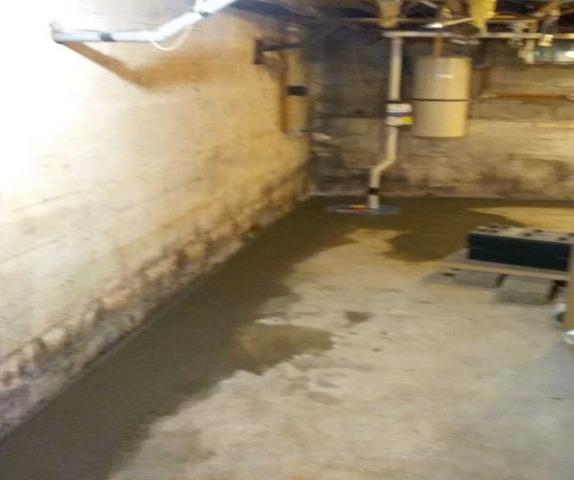 Having lived with a wet basement for years, this homeowner needed a permanent solution to keep their basement dry now that they could no longer keep the water at bay themselves. To properly waterproof the space, they called us at TC Hafford Basement Systems, and we set the up with a free estimate soon after. Once they gave us the go-ahead, our installation crew was able to get started on putting a WaterGuard system in place. The WaterGuard piping is buried in a shallow trench around the perimeter of the basement floor, covered by a fresh layer of concrete to conceal it within the floor. Once in place, the WaterGuard will absorb any moisture leaking in through the foundation in the future, keeping the surface of the floor water-free. This trapped water is guided below the floor to the SuperSump pump also installed by our crew. This pump can remove water from the home at a rate of 2,650 gallons of water per hour through the discharge line. Outside the home, a IceGuard & LawnScape pipe segments were intersected into the line to provide extra protection for the basement. The IceGuard will prevent any blockages in the line from causing water to back up into the home while the LawnScape covers the end of the line with a grate to keep out debris.

Now that a more permanent solution has been put in place, this homeowner no longer needs to worry about manually removing any water accumulating in their basement. The WaterGuard & SuperSump will ensure this basement stays dry for many years into the future! 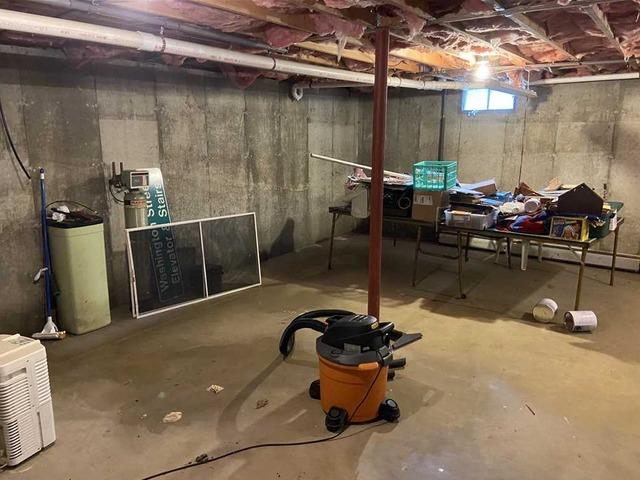 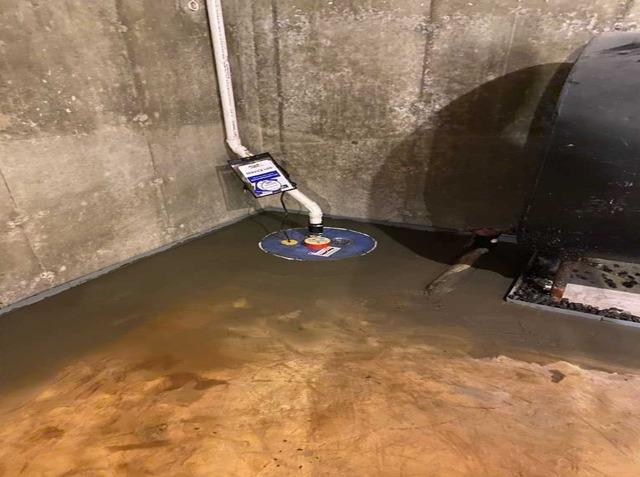 Having to manually remove water from their basement following any rainfall was not something this homeowner was too keen to continue. After seeing TC Hafford Basement Systems in their newspaper, they called us to ask about a free estimate. Following their estimate, our installation crew was dispatched to get started on resolving this homeowner’s wet basement problem. Once our crew arrived, they began work on the basement by excavating the perimeter of the floor, creating a shallow trench. This trench enabled WaterGuard piping to be laid surrounding the basement floor. These pipes have slits built-in to capture moisture as it leaks through the foundation during future rainfall. Once buried beneath a fresh layer of concrete, the WaterGuard will collect any moisture before it can reach to floors surface to pool up. This water is then guided below the floor to the SuperSump pump attached directly to the WaterGuard. The SuperSump removes 2,650 gallons of water per hour, plenty of power to keep this basement completely water-free!

Now this homeowner can relax during rainstorms, instead of struggling to keep their basement dry themselves. The WaterGuard & SuperSump system will maintain a dry basement floor for this homeowner for the future!

Wet Lebanon, ME Basement Given Proper Waterproofing with WaterGuard Installation 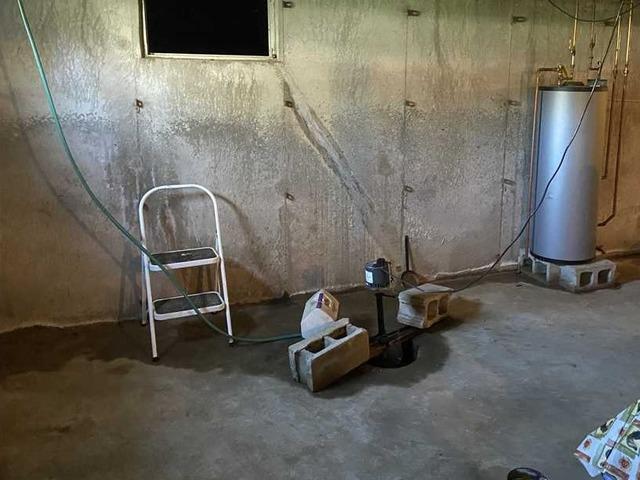 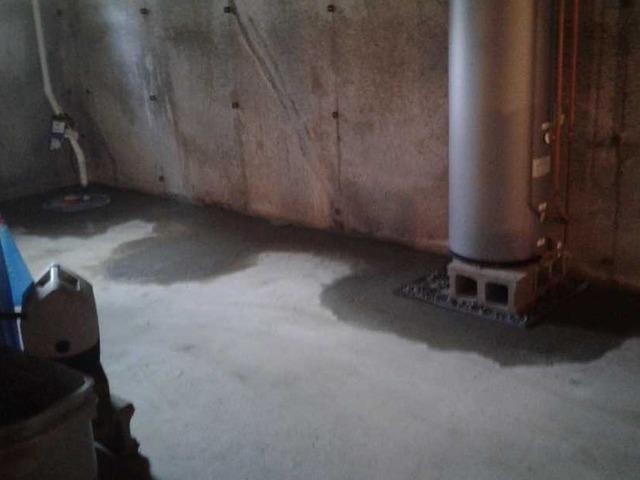 With water regularly leaking into their basement during heavy rains, this homeowner living in Lebanon, ME needed something more than the sump they had, to keep the water out. After the homeowner called us at TC Hafford Basement Systems, we were able to find them the solution they needed to protect their basement. Our installation crew got started by excavating room for our WaterGuard piping system around the outer edge of the floor. Before covering over the previous sump and the WaterGuard with fresh concrete, a SuperSump pump was installed and connected to the WaterGuard. Now when water attempts to leak in through the foundation, the low-pressure created by the WaterGuard piping will pull in and capture the water; guiding it to the SuperSump for removal from the basement without reaching the surface of the floor in the future.

Now that this homeowner has a WaterGuard system acting as a barrier to outside moisture, they can expect to find their basement remains dry even after heavy rainfall. Alongside the SuperSump, the WaterGuard will ensure this basement floor remains water-free!

Water Seepage in Wells, ME Basement 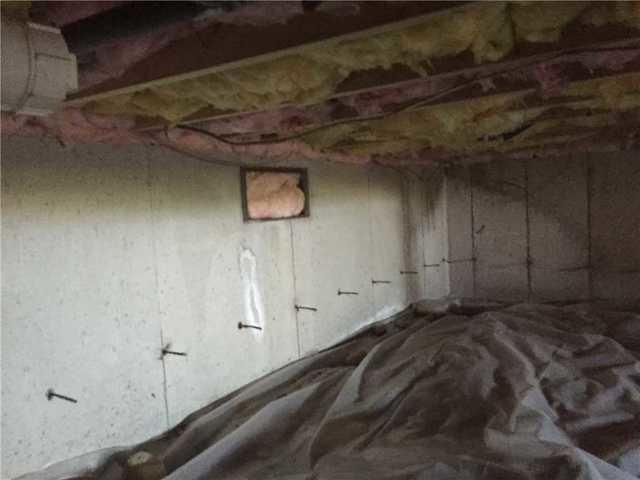 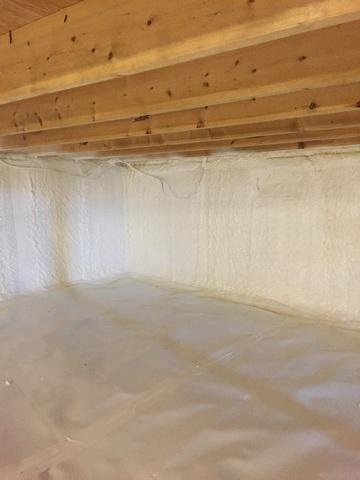 This basement was in desperate need for improvement. It is now much better thanks to the help of CleanSpace Encapsulation and Spray Foam. The basement will be dry and much more energy efficient. 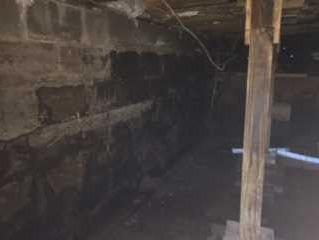 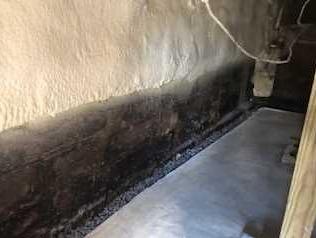 With a musty crawlspace beneath their home, this Arundel, ME homeowner knew they wanted to have something done about it. Unsure how to approach the problem on their own, they hired us at TC Hafford Basement Systems to waterproof the space! We quickly got to work pouring a fresh slab of concrete over a newly installed CleanSpace vapor barrier. WaterGuard piping was installed around the perimeter of the crawlspace, beneath the surface of the concrete. The WaterGuard will take in any moisture that might leak in through the floor. This water will be forced out of the home by a nearby TripleSafe sump system. With all these new protections in place, this homeowner will very shortly notice their moisture problem become a thing of the past!